Guesswork Television works with the finest and funniest creators and stars in Australian television and pairs them with teams that are passionate about making great, global TV.

Guesswork Television is a full-service production company with offices in Melbourne and Sydney, specialising in narrative comedy, authored documentary and studio entertainment shows. Guesswork’s slate of projects includes Hannah Gadsby: Nanette, Please Like Me, Frayed (co-produced with Merman), Rosehaven, Hard Quiz, The Weekly with Charlie Pickering, Get Krack!n, The Katering Show (Season 2), Whose Line is it Anyway? Australia, Judith Lucy’s Spiritual Journey, Judith Lucy is All Woman, Problems and The Edge of the Bush, as well as live standup comedy specials for Amazon Prime Video and Stan.

Since kicking off in earnest in 2012, Guesswork shows and their creators have bagged a Primetime Emmy and multiple other awards including Australian Academy of Cinema and Television Arts (AACTA) Awards, Logie Awards, Writers’ Guild Awards, Screen Producers Awards and numerous other guild awards. In 2018, Guesswork Television was honoured by its peers as the Screen Production Business of the Year.

Development is supported by The Screen Australia Enterprise Fund.

Kevin Whyte is the Managing Director of Token Group, Melbourne and Sydney-based production and management companies, which include Guesswork Television. Token works with the biggest names in Australian comedy and is the largest producer of live comedy in Australia, selling more than 250,000 tickets a year across the country.

Kevin also acts as Managing Director for Rove McManus’s Roving Enterprises, working on shows such as The Project, Rove Live, The ARIA Awards and Before The Game, and he is an executive producer on the Josh Thomas series Everything's Gonna Be Okay on Freeform.

After a stint as CEO of Legacy Media, which produced two successful seasons of Andrew Denton’s Interview for Seven, Jon Casimir joined Guesswork Television as Managing Director in 2020.

Jon is best known as the co-creator of multi-award winning ABC programs Gruen and You Can’t Ask That. From 2014-2017 he was the Head of Entertainment at ABC TV. During that time he commissioned new programs including The Weekly, Luke Warm Sex, Hard Quiz, Dream Gardens, The House with Annabel Crabb, Growing Up Gracefully, Whovians, Shortcuts To Glory, Sammy J’s Playground Politics, When I Get A Minute, Fancy Boy, Wham Bam Thank You Ma’am and When TV Was Awesome.

Prior to the ABC , he worked at Zapruder’s/CJZ on Enough Rope With Andrew Denton, Hungry Beast, Randling, Elders, The Joy Of Sets, Can Of Worms and Reality Check.

Jon’s career began in print journalism at music magazine RAM. He spent 17 years as a writer and editor at the Sydney Morning Herald where he was, among other things, instrumental in the creation of the smh.com.au news site. He has written four books and edited six others.

Tanya Phegan is an Australian based Film and Television Producer and Senior Media Executive.

Tanya is the Co-Creator and Producer of OPERATION BUFFALO (Porchlight Films, 2020) a six-part drama series for ABC Australia. The series won Best Comedy Award at the Berlin TV Series Festival, 2020.

Tanya worked for over a decade in the UK and US in international development, production and acquisitions. In the UK she held roles at Universal Pictures, BBC Films and DNA Films/Fox Searchlight. She developed projects with the UK's top creative talent, working on films including THE LAST KING OF SCOTLAND, 28 WEEKS LATER, DREDD, THE HISTORY BOYS, NEVER LET ME GO, SUNSHINE, NOTES ON A SCANDAL, FAR FROM THE MADDING CROWD and 360°. In the US, Tanya curated 'Your Film Festival' with YouTube/Scott Free with the winner creating a new work produced by Ridley Scott and Michael Fassbender.

Tanya is currently the Head of Scripted at Guesswork Television and is responsible for overseeing the development and production of Guesswork’s scripted slate.

Heather Pritchard is General Manager of Guesswork Television and the Token Group. Heather is a Chartered Accountant, beginning her career at Price Waterhouse and holds a Masters in Business Administration. Prior to joining Guesswork Heather held a number of management roles within the Village Roadshow Group of companies.

Heather oversees the financing of Guesswork Television productions and was Financial Controller on Guesswork's recent production of Frayed. Heather works with our partners and producers to ensure that our productions are of the highest standard in terms of financial operations, technology and human resource policies and procedures.

Frank Bruzzese is an award-winning producer, line producer and production manager who oversees production of the entire Guesswork slate. He has worked on premium shows across multiple genres, including narrative comedy, drama, entertainment and documentary.

He produced the groundbreaking, Emmy-winning Netflix special, Hannah Gadsby: Nanette. His other producing credits include Hamish & Andy’s Caravan of Courage Aust vs NZ, Hamish & Andy's Gap Year series in Europe, Asia and South America, and The Weekly with Charlie Pickering (seasons 1, 2 and 5). He won Best Light Entertainment Program AACTA Awards for The Weekly with Charlie Pickering and Hamish & Andy’s Gap Year South America and produced a series of standup comedy specials set to launch worldwide on Amazon Prime Video in 2020.

Olivia Lewis brings her extensive experience in documentary, light entertainment, drama, comedy and brand-funded TV to her position as Development Manager, overseeing Guesswork’s slate of shows from conception to completion.

Her career has seen her take on and master roles as diverse as location scout and unit manager on Australian features and TVCs, script liaison on Neighbours, production coordinator on Grand Designs and Mad as Hell as, producer on short films and music clips, production manager on The Weekly with Charlie Pickering, Australia’s Funniest Stand-Up Specials for Amazon Prime Video and the Australian Lockdown Comedy Festival. She was also the associate producer on Corey White’s Roadmap to Paradise, Get Krack!n and the Emmy Award-winning Netflix special, Hannah Gadsby: Nanette.

Georgina joined the Guesswork team after working at Token Artists for 16 years as executive assistant to the company's founder and Managing Director, Kevin Whyte. She brings her wealth of expertise in talent management, business and legal affairs and liaising with networks, distributors, government and funding bodies to her role as Associate Producer.

She works closely with program creators across all stages of development and production - from workshops to funding to writing to shoot to post production and delivery.

Georgina is also the primary contact for Guesswork Distribution and program sales.

Sarah Bradly-McKay joined Guesswork Television and the Token Group as its Senior Lawyer in early 2019. She brings over 20 years of broad commercial law experience gained in both Australia and New Zealand, in private practice and in-house.

Sarah began her legal career at Hunt & Hunt Lawyers before moving on to specialise in advertising/marketing/media law at Anisimoff Legal. She was also sole legal counsel at NHNZ (a New Zealand based international production company making factual television programs for global broadcasters).

Sarah advises on Guesswork’s projects across all stages of development and production from initial contracting to legal clearance.

Emily Edington joined Guesswork Television and the Token Group as a Lawyer in late 2019.

After completing a Bachelor of Laws and a Bachelor of Media Studies, Emily moved to Vancouver, Canada for two years where she worked at Microsoft with a diverse range of technology development teams including MSN, Gears of War, Xbox and Skype.

Emily was admitted to practice and started as a lawyer in 2016 at Sanicki Lawyers, a boutique commercial, intellectual property and entertainment legal practice specialising in creative industries.

Emily now works with the Senior Lawyer advising on Guesswork’s projects across all stages of development and production from initial contracting to legal clearance. 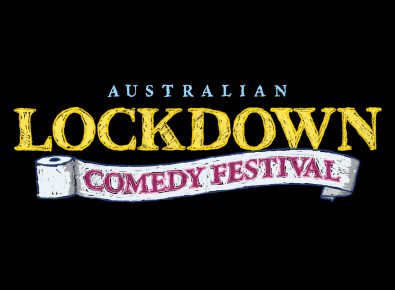 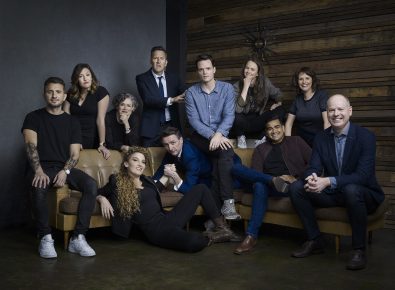 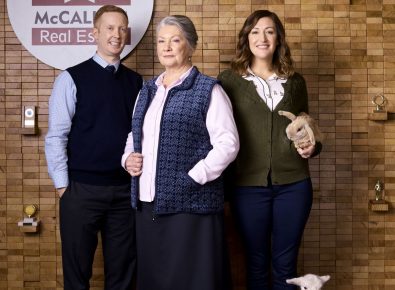