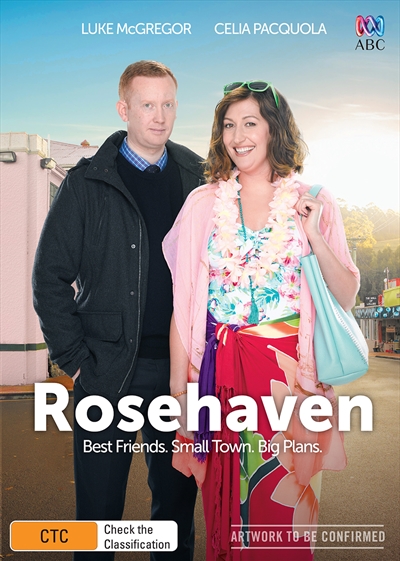 In Season Two, Daniel (Luke McGregor) has to prove that he has what it takes to earn his place in the family business and Emma (Celia Pacquola) needs to decide whether small town life, and its dangerously disinhibited locksmith (Damien, played by David Quirk) are enough for her.

Filmed entirely across stunning South East Tasmania, Rosehaven was made with a largely Tasmanian cast and crew. Geeveston, in the Huon Valley South of Hobart, provided the main street for the fictional town of Rosehaven, whilst historic Oatlands and New Norfolk were transformed into other parts of the town centre.

A What Horse? / Guesswork Television production presented by Screen Tasmania, the Australian Broadcasting Corporation and SundanceTV in association with Film Victoria.